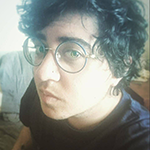 Elliot Gavin Keenan is the author of On Being Insane. He is 23 years old and a PhD student in Human Development & Psychology at UCLA. His interests are in creating statistical models of neuropsychiatric disorders, drawing on his own experiences with autism and bipolar disorder. His hobbies include playing strategy board games, riding kick scooters around Westwood Village, and painting. 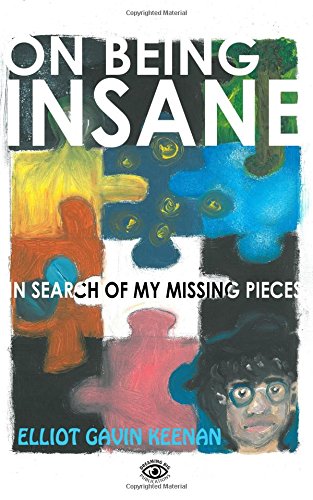 On Being Insane is lyrical memoir I wrote in my senior year of college. It was published by Dreaming Big Publications in October 2017.


The book is a mosaic of nonlinear fragments, highly experiential as it swirls through the speaker's deep-seated uneasiness with a subjective loss of himself and his memories. Yet while the past is held up to the light, the narrative is propelled forward by the rip-current of transition at the precipice of emerging adulthood. On Being Insane explores the notion of identity, navigates the liminal spaces of intersectionality, and ultimately sings in an unflinchingly honest celebration of the self.


Buy it on Amazon here.
If you read it, please help me out and leave a review!

Read it in Gravel magazine


She’s a doctoral student in the psychology department. But she told me that she used to write as if seized by a certain fervor for it, for the language, for poetry. I imagined Van Gogh and his passion for painting, his insatiable hunger. I thought I wanted to kiss those lips stained with yellow paint. Yellow, the color of the edges of a street, the boundaries of a self crossed like two neurons, the actualization of a synesthetic dream. To imbibe it is to take all of that in, the passion, life thrust under your tongue. I wanted that.

Read it in Lunch Ticket


Yes, one day — maybe soon, I will put down the pen, and I will leave you. Maybe ECT will bring me back for a while. But not forever. When this happens, you will be hurt and alone, I know. When I cease to exist within our mind, I suppose that is like dying. I have always been characterized as a confident voice; yet I am face-to-face with an indescribable fear — I do not know what will happen to me after I die. But, I think I will miss being alive; breathing, eating, writing, living, even if you do not remember me or anything anymore, maybe in some way, somewhere — I will live on in you.